By Philview and the Phanatic

UNDERGROUND SHELTER, PA – Nothing important today, just the end of the world! Oh, havenâ€™t you heard? Yes, itâ€™s coming. Yes, again. No, that was the LAST end of the world â€“ this is the REAL one. No, it has nothing to do with the Mets. NO, and itâ€™s nothing to get alarmed about. So sit down, and weâ€™ll explain.

First, there are few indisputable truths in this life. Some immediately come to mind:

You heard it here first – this latest Apocalypse Scare is most likely just another marketing ploy, probably from those folks at Random House who wrote The Bible. Theyâ€™ll do anything to drum up sales. OUR suggestion? How about a sequel? Itâ€™s a natural. Weâ€™d buy a Third Testament, wouldnâ€™t you?

Donâ€™t get us wrong, we agree that there have been signs – horrible awful signs:

All scary, we know – enough to make your blood curl. Only a new series from ROSANNE â€“ where she would once again play a sassy, tell it like it is, fat broad – would be more horrifying.

But please trust your old pals from Philly – these fear-provoking signals donâ€™t mean a thing. How do we know? Weâ€™re getting to that.

We couldn’t help but notice that thereâ€™s a new movie coming out â€“ titled 2012. Very shrewd â€“ and it should have a nice audience. There are a few million people who actually believe in prophecies like this one. And the rest of us, well, we just think all that CGI is cool. But once again, like JFK and Frost/Nixon and anything on 60 Minutes, itâ€™s all fiction. On December 22nd, 2012, the sun will rise, the coffee will brew, the eggs will fry, and life will go on. It always does. 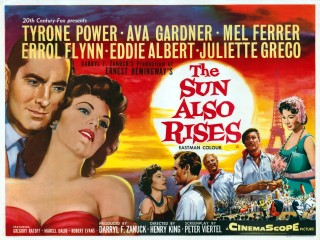 So what â€œevidenceâ€ do the naysayers have that the world is finished? If you ask us, itâ€™s a little light. We donâ€™t know how the History Channel managed to do an entire hour on it. Hereâ€™s one – in the book of Revelation, the prophecy where we mere mortals are given the frightening â€œbook-openingâ€ details about what will happen after God has poured out his final judgments on the earth is – insert Psycho strings here – chapter TWENTY and verse TWELVE! Hey, thatâ€™s 2012! Oooohhhh, we’re shakinâ€™.

Not impressed? Neither are we. Okay, there are others. Another biggie is that the Ancient Mayan calendar ends in 2012. Are we to believe that the world is going to end because these guys ran out of ink and paper?

â€œDonâ€™t look at me, Kukal, I thought you ordered the new stuff!”

And finally, of course, right on time, like Jesse Jackson and Al Sharpton, that blithering, tea-reading idiot Nostradamus is once again in the mix. Yes, Mr. â€œAfter the Fact,â€ who couldnâ€™t pick a winning Trifecta at Churchill Downs if his life depended on it â€“ said something, somewhere that also spelled out 2012. Once again, we will never be impressed with Nostra-dumb-ass until we see the quatrain that clearly states, â€œJets – 16, Colts – 7.â€

You may ask us then, hey Philly guys, how do we know? Well, quite simple – the world will not end on December 21st, 2012 because there is a power in the universe greater than all the religions, and churches, and Gods combined. Weâ€™re talking, of course, about the National Football League.

If the world was going to end on December 21st, 2012, would the NFL have already scheduled Super Bowl XLVII in New Orleans, for February 3, 2013?

No, it wouldnâ€™t have. So rest easy. God, for all his power, never messes with the NFL.

Why do you think He lets them play on Sunday?