BOCA RATON, FL – On August 27, 2007 one of America’s greatest newspapers printed it’s last edition. I’m of course talking about the king of the supermarket tabloids the Weekly World News. If you were anything like me you didn’t care how outrageous the stories were they were always interesting in a bizarre way. The headlines were fantastic and the concepts were better. “Idiot Italians Want To Make Chef Boyardee A Saint” and “Adolf Hitler Was A Woman” are a couple of examples. Even George W. Bush was a fan.

We have the Space Alien to blame for the Bush years

In a shocking move Bat Boy has galvanized all the nations bat boys for a national strike. For the past six years Bat Boy has been traveling to major league cities where he has held clandestine meetings with representative bat boys for each team. These literal underground meetings have mostly taken place inside the nation’s subway tunnels. The World Is Introduced To The Bat Child

Former Mets bat boy and Hall of Famer “Paul 86” says he was contacted by the half human, half bat phenom last year about forming a Bat Boy union. It seems Bat Boy has no health insurance and is afraid of going to a doctor without it. Apparently the recently Knighted Bat Boy fears an old case of rabies he caught in a West Virginia cave will be regarded as a pre-existing condition. “All the kids and even the elderly ball boys from San Francisco are scared to hell of him” says little Johnny Stevens, a bat boy for the Chicago White Sox. “One time a kid from the Colorado Rockies brought up the fact that we are all on our parents health plans and that the old Giant geezers probably had Medicare. Bat Boy then flashed his razor sharp teeth and told the kid he might just fly by his house after his Mommy tucked him in” recalled a visibly shaken 11 year old Manny Garcia of the Atlanta Braves. When reached for comment Bat Boy said he wanted to be the union representative so he could get the boys an inning of recess per game and extra milk money on the road. A tentative date of June 1st has been set for the strike.

In 1984 while on special military maneuvers in the Himalayas the Chinese Red Army captured a child Yeti. At first they didn’t know what to do with the child but assumed he was four or five years old at the time of his capture. The army soon shipped him to a scientific lab for evaluation. It was here that they began doing experiments on the child Yeti.

A Young Yao Ming Playing With Other Kids After His Capture

The scientists were overjoyed because they had been looking for a subject to test their new hair removing laser. The results of the experiment were a smashing success. “If we don’t know life, how can we know death?” claimed lead scientist Xing Wxou. Even though he was obviously not like other children he began to fit in. “Better a diamond with a flaw than a pebble without” says Yao’s adopted mother, noted poet, Rhy Ming. Around his thirteenth birthday Yao opened a fortune cookie from his adopted family’s usual takeout place, Ming Moon, which read “Great Big Man Considered Freak Unless He Put Ball In Round Hole Then He Is Star”.

Abominable Chinaman Can’t Run From His Past

From that day forward Yao, which loosely translated means child Yeti, knew he had to be a basketball player. “Chinaman or Yeti I am proud of my heritage” exclaimed Yao.

Fidel Castro hatched a diabolical plan back in the early 90’s to infiltrate the great U.S. pastime with communist spys. He has been using baseball players as pawns in his game of international espionage ever since. In recent years, Elian Gonzalez has taken the controls of the covert operation for the communist government. The most recent assignment involved Jose Contreras sabotaging the BP Oil Rig in the Gulf of Mexico. During a month long stint with the New Orleans Zephers earlier this season Contreras found time to sneak off in a dingy and dismantle key safety devices on the offshore rig.

Rey Ordonez, a noted scientist in his native Cuba before his playing days, has been producing anthrax in his basement and distributing to other Cuban major leaguers. These players from various U.S. cities are then given a list of U.S. targets they are supposed to mail the deadly spores to.

El Duque Hernandez, now 75 and rumored to have been the second gunman in the Kennedy assassination, collected bones at ground zero to send back to Cuba as souvenirs. Former roommate Mariano Rivera said El Duque claimed they were pollo bones.

Levon Hernandez was ordered to purposefully pitch poorly so that the Washington Nationals would be the only team that wanted his services. According to high ranking CIA officials Levon was placed in D.C. so he can kidnap Secretary of State Hillary Clinton. Elian has been looking for a way to get back at the Clinton’s for their shabby treatment of him while he was in Florida. 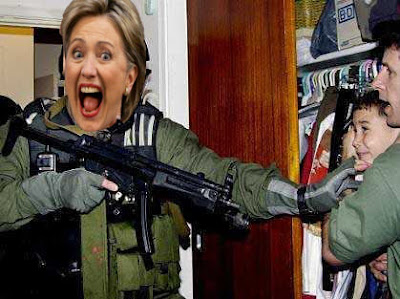 Hugo Chavez was so impressed with Fidel’s plan that he started sending his own double agents, including his nephew Endy, to the majors in the late ’90’s.

That’s all the sports news that is fit to print today. Angry Ward tomorrow…