It turns out that recently disgraced and fired lying cheater Jim Tressel made $21,700,000.00 during his ten years as head football coach at Ohio State University. I decided to enumerate that figure with actual numbers instead of writing 21.7 million because I think $21,700,000.00 looks more impressive, especially with the dollar sign in front of it and the double-zero signifying the cents at the end.

I’m going for maximum impact because it’s time for me to bang that drum again. Tressel’s earnings are just one very obvious and blatant example of the many, many things that are very, very wrong with big time college sports, and the implications go far beyond higher education. This is about public policy.

Our nation is enduring its worst economic slump since the Great Depression. I personally think the big issue is unemployment, but the media has latched onto the debt, which wracks both the federal government and almost every state government. So riddle me this.

How can any state government justify paying any of its employees millions of dollars in annual salaries, benefits, and bonuses?

And wouldn’t we be better served by using that money to pay down government debt? Or at the very least, how about taking $20,000,000 and using it for a jobs creation program that hires, you know, more than one person. I’m guessing you could hire or subsidize the hiring of a whole bunch of people. And get this: we could have them do things that actually help the state more than, say, coaching a football team. Maybe fill potholes or build a playground.  Something.

Here’s another way to look at it. In good economic times or bad, is it smart public policy to have the state’s highest paid employee be a college football or basketball coach? Because in many states, that’s the situation.  University of Connecticut basketball coach Jim Calhoun is the best paid state employee in Connecticut. Jim Tressel was the best paid state employee in Ohio. There are many other examples.

In other words, a lot of these guys not only make more money than any university professor or administrator, including the president, provost, and deans, but they also make more than every fireman, police office, emergency responder, teacher, legislature, judge, or governor.  And it’s not even close.

Hey, if a private school like Duke wants to shovel mountains of cash on an aging Hitler lookalike/basketball coach, I suppose that’s their business. But state universities really are public institutions, run under the auspices of state governments. And that means college coaches at state universities are state employees.  Which also means that state governments have to approve their contracts. So how on earth is making a college coach by far and away the state’s top paid public employee good public policy?

In other words, this isn’t about me being bitter that coaches make more than professors. I don’t work at a big sports school. While I wouldn’t be surprised to find out that our football or lacrosse (that’s big in Maryland) coaches do make more than me, I’m sure it’s not that much more. Whatever.

What this is about is all of us being bitter. And we should be bitter.  Why? Because that’s our f***ing tax money being squandered in the midst of a seemingly endless recession. While important government services are being scaled back or eliminated, college coaches are making millions of dollars. So everyone should be outraged.

And anyone who pays college tuition for themselves or their children at one of these schools should be doubly outraged. State schools are funded primarily by taxpayer money and tuition rates that are set by state governments. And tuitions have been soaring relentlessly at the same time schools are handing out barrels of cash to coaches.  There may not be a direct cause and effect there, but that the very least, it’s a grave insult and completely indefensible.

And particularly at large public schools like Ohio State or UConn, state legislatures and school administrators won’t allocate the money to hire enough full time professors. As a result, one of the biggest scandals in academia is that a staggeringly high number of classes that you or your children take are taught by graduate students who are less qualified than professors, and part-time adjuncts faculty who are typically overworked, short on time, underpaid to the point of exploitation, and often embittered by the experience. 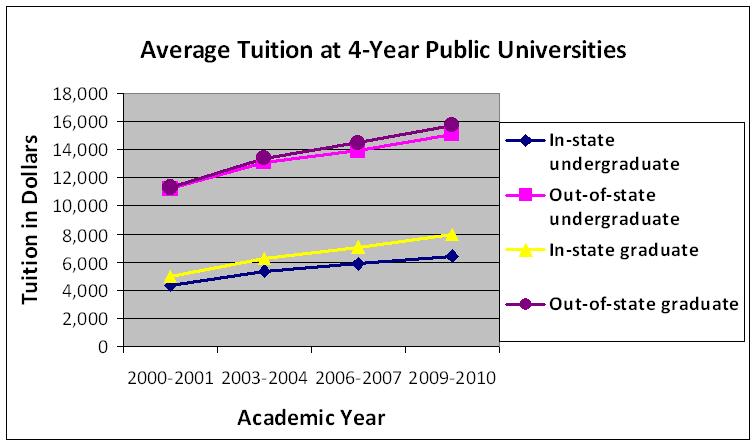 Hey, I like football.  And I like basketball. They’re fun to watch. But it’s time to demand that public universities and state governments start acting responsibly. If they won’t, then we need to take this stuff away from them and give it to the private sector once and for all, which is where it probably belongs anyway.

It’s time to get pissed.

Tomorrow, a man who needs to find a way to pay tuition for his three girls, Cheesy Bruin.  In the meantime, you can follow me on Facebook.