New York, NY – I don’t have much to say about anything that has gone on this week because I really haven’t been paying attention. I do know that this Sandusky thing keeps getting more disturbing. I know that hippies are still protesting about something and I know that the Jets and Broncos tried to set a record last night for how many people could be put to sleep watching a football game. But that’s about it. And since i don’t want to talk about any of those things, I thought I’d look ahead to some of this weekend’s events and make some unqualified predictions. Lets get to it, shall we?

Friday: The NBA Players and owners will agree in principle on a deal that will keep the lockout going until a deal is reached regarding whatever it is they were initially fighting about. But there are still a few hurdles to plow through if they are to seal this deal. David Stern will make the decision to cancel the next three seasons. Very few people will notice and those that do notice will most certainly not care.

Saturday: Since things have been going too smoothly in the BCS so far this season, LSU will throw a monkey wrench in the spokes of the system by losing to Ole Miss. Then we can listen to the experts argue about which one-loss team should be afforded the right of losing to Oklahoma State in the National Championship Game. There will be no mention of undefeated Houston. They put up gaudy numbers against tomato cans every week. The Harlem Globetrotters have a tougher schedule than Houston does.

The New York Rangers will continue their winning ways against the Habs in Montreal. John Tortorella will be fired despite the winning streak. Sean Avery will be made captain and player/coach. Don Cherry will finally gain American citizenship. Hey, it could happen. 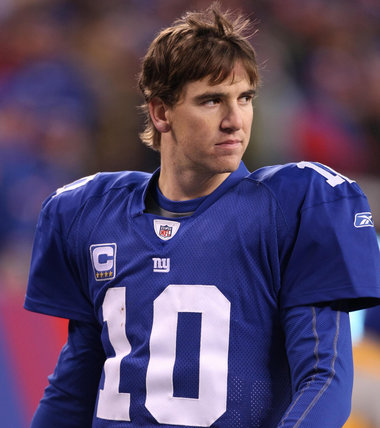 Sunday: In a complete roll reversal, the Giants will come storming out of the gates against the Eagles. Big Blue will finally figure out how to play football during the first three quarters of the game. They’ll jump out to a 24-3 halftime lead. But the Fighting Vicks will come charging back to turn the game on its head. In the fourth quarter the Eagles will put up 28 points, capped off by a punt return for the winning touchdown when the ball should have been kicked out of bounds. Eli Manning will wear his patented befuddled look. Its deja vu all over again.

On Monday, Justin Verlander will add the American League MVP award to his trophy case. And Junoir Blaber will refer to Tim Tebow as an elite quarterback.

Finally, on Thursday, for the first time ever, the Lions will play a Thanksgiving Day game that people will actually care to watch. And I smell an upset on the cards as the Packers take their first loss of the season. That’s all the time I have today for terrible predictions. One prediction you can take to the bank though is that The Public Professor will be back tomorrow with another stellar piece.