TINSELTOWN, USA – The idea for this post was hatched several days back, after the Management requested I throw some celebrity talk in the mix to get our thoughts off the east coast weather whatever ails us about our beloved NY teams. However, as of this post’s final edit (Thursday evening), I’d be remiss in not touching upon current events.

This week, Ed McMahon kicked it (Hi Yo!)

Farrah Fawcett became a real Angel (I know… not original and pass the cheese), 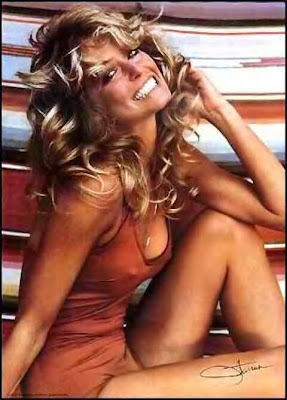 … And Michael Jackson Beat It, rounding out our Hollywood Death Trifecta.

All three have family and friends who mourn them. May you all rest in peace.

While I haven’t had encounters with Ed, Farrah or Michael, I have had plenty of other celebrity encounters. So, in an effort to cheer you up if you’re bummed about the aforementioned passings, I give for your consideration, Cookie’s Close Encounters of the Sports Celebrity Kind:

I’ve got plenty more celeb sightings but will leave it sports-related for now and hope the rest of you will have some great encounters to add. Bonus points go to anyone who’s seen Billy Crystal. Extra credit will be given to anyone who (in the future) says something witty to Billy about his flip-flopping allegiance to NY baseball teams. If you should happen to get video of it, I’m pretty sure it will be a feature video here on www.MeetTheMatts.com. In fact, I feel so confident about that I’m not even checking with Management. No insult, Matts – I just feel pretty confident you’d value this as video genius.

Happy Friday kids! Keep your eyes peeled for stars, they work for the weekend just like the rest of us!

P.s… I’ve been asked to let you know that The Matts will be posting from Cooperstown tomorrow, as they are playing hardball at Doubleday Field at 1pm… They will also be doing something on the Main Street and are soliciting ideas for a bit.