Congrats to the NL Champions! Once again, they’ve proven the NL East is the toughest division in baseball! Now, let’s get to the real story… 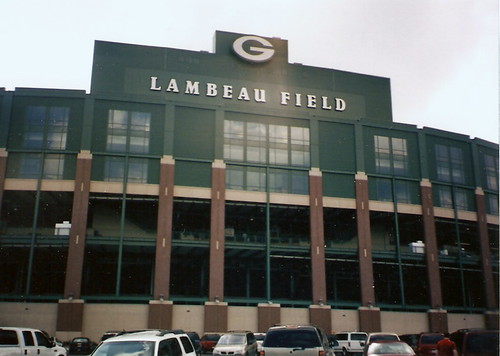 GREEN BAY, WI – The Frozen Tundra isn’t quite frozen yet but you can still hear the icy whispers of greatness echoing in and around this football shrine. Some of the greatest moments in NFL history happened here. Tremendous teams have had mythical battles and the aura of Vince Lombardi looms as large as ever. Some of the all-time greats wore the Green and Gold; Bart Starr, Ray Nitschke, Tony “The Gray Ghost” Canadeo, Don Hutson, Reggie White and of course, Brett Favre.

Like Hutson and Canadeo, all of the aforementioned players were exceptional, especially the last two; White and Favre. Boy, they were something alright – and that guy Brett is still doing it. But you know what? As great as they were, they only won once. They only earned one Super Bowl ring. 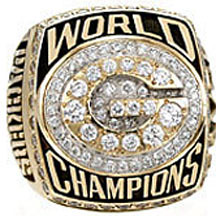 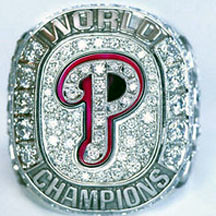 Granted, White only played a six seasons with the Pack but still – they were damned good. Not only that, but Favre’s Pack was great before and after Reggie. Thinking back, we would have bet the house (had we not been subletting a pull-chain toilet studio with the tub in the kitchen) that the Pack Would Be Back in the big game over and over. Yet, Brett and Reggie only made it back once – in an attempt to repeat – and they lost. Imagine, after all those wins, with such talent-laden rosters and crazed fans behind them, they only managed one measly championship. Yikes.

That brings us to Cole Hamels and Ryan Howard. Look, one can be as blind as Marni Phillips or Vanderbilt from F-Troop and still see how frogging solid the Phillies are. And that Cole fella sure has a lot of Brett in him. He’s a big-game player, a flame thrower with that Favre-like gunslinger mentality and requisite penchant for sound bites. As for Ry-Ho, he’s the earth-shaker. The power. The shark swimming in a tank with seals and penguins. He is the Reggie White of baseball. The Minister Of Defence (Canadian spelling) would burst through the line and ferociously rip Bambi-eyed QBs to the turf – to the Frozen Tundra – much the same way the young Howard tears the heart out of pitchers with his monstrous homers in his Little League Park. And yet, Cy Young Hamels and MVP Howard have but one ring, one World Series Championship. Moreover, they are going back again, right away, just like Favre and White. 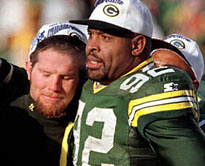 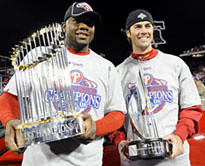 Will they win again? Will they be regulars in the Series for the next 5 or so years? We don’t know for sure. We do know that Brett and Reggie thought they would be. We’re just sayin’…

That’s all for today, please tell some people about MTM, get them to chime in and prep for Grote’s Gripes tomorrow!

P.s… Ironically, Reggie White left the Philthydelphia Beagles (Dogs Of The NFC) for: 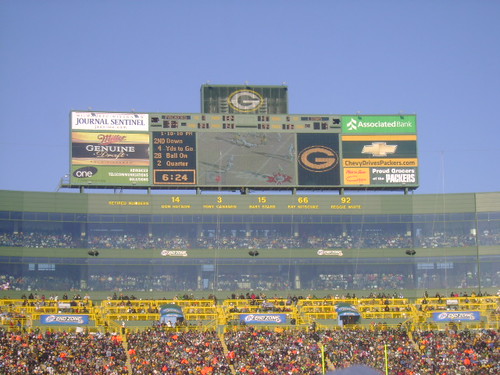