JOHANNESBURG, S.A. – What do get when you marry the offspring of the BCS and NCAA Basketball Tourney with the offspring of the Winter & Summer Olympics? You get the largest and most watched tournament in the world, the Soccer World Cup Draw.Â  Now The Matts will not attach their name in support of this article because they have a rep to keep. They did allow me to hang myself/explain it in terms we can all understand, however, since I have the affliction known as Soccer Fanitis. Keep this handy in case you work with anyone outside the USA.

The MTM skinny on this is that after a crazy, long qualifying process, 32 of the world’s 195(?) countries get the nod. Like the NCAA Tourney though, some conferences get more many more seeds than others. Europe, for instance, is the Big East of this tourney, which has something like 9 teams taking part in March Madness. Weaker countries like New Zealand, which failed to beat a country with a population over one million, must play a play-in game to qualify. In other words, they play an extra game. You get 8 groups of 4; they all play each other once. The top 2 (based on record, points for/against and differential) from each group move on to the Round Of Sixteen (their Sweet 16), where a loss sends you back to your country for a flogging. If you lose the semi-final you have to play a 3rd Place match, which is good for the fans because it means nothing and it’s all offense. Think the Quebec Nordiques vs the Edmonton Oilers in a regular season game. 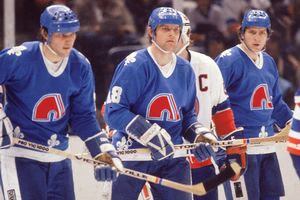 Actually, it’s nothing like that but if youâ€™re with me so far great. If not, put down martini and read again – slowly. Why?! Because this is where it almost gets interesting… Like the BCS and NCAA tourney, the qualified 32 teams get entered in a weighted ping-pong ball lottery to see which pool/conference they will be in. I wish it were just a bunch of balls numbered 1 thru 32, but like the BCS and NCAA, FIFA likes to stack the odds in the favor of the big teams that bring people TV ratings. So, the top seeds are basically assured of playing weak opponents in the first round. For example, #4 Italy‘s toughest competition is #30 Paraguay.

The fat cats say it’s coincidence, despite being caught red-handed.

So, they start with 4 pots of 8, that will be drawn in order. As one pot is finished, the next is drawn and so on. Pot 1 is supposed to have the host, in this case, South Africa. Then the top 7 ranked teams that qualify – occasionally a 4 seed will fail to qualify. Pot 2 contains the next 8 seeds after the top 7. And if you haven’t had enough Pot yet, Pot 3 contains the top 8 teams from the second tier conferences and POT 4 is often the play-in/crap teams just to make up the numbers even. There are other things that go on, but it will just make your brain hurt more.

Occasionally they botch it up and you get a Group of Death. A Group of Death is one where for some god-awful reason you have 2 dominant teams in with 2 very good teams, so no smart person picks that winner. Imagine Florida, Georgia Tech, USC and Oklahoma all in the same group. Now pick the two winners with 100% certainty – I double dare you. This yearâ€™s Group of Death lumps Brazil (like UNC, has most titles), Portugal (2nd in the Euro Conference Championship 2 years ago, but struggled to qualify this time), Ivory Coast (arguably most talent-laden African Side) and North Korea – who suck. Sorry Little Kim-Jong.

Now that you’re finally asleep, I’ll end with the list of teams and their rankings. Remember, NCAA Football has taught us anything, it’s that rankings are overrated. And If the NCAA tourney has taught us but one thing – it’s anything can happen after tip-off (or Kick-off as it is in soccer).

I will be back next week to handicap all for you with odds and my predictions. In the meantime, prepare for Grote’s Gripes tomorrow. He’ll likely have plenty to gripe about because of this.