AFL Footy: Playing Footsie Down Under In Australia APOLLO BAY, AUSTRALIA– We’re as down under as one can be down under after Replacement Matt successfully avoided killing us on The Great Ocean Road, which looks out on the vast Southern Ocean, from Australia’s southern coast – in the state of Victoria.

Our ride was especially tricky; we were on the wrong side of the rode and the wrong side of a hangover from sampling many James Squires and Cooper Ales at Prudence, a great bar in Melbourne’s north end. Yet we made it, avoiding becoming road pizza by an eyelash after narrowly missing a head on collision with a bus while watching two sperm whales breaching just a few football fields off the beach. Dare we say it would have been worth it? Maybe not, but it was pretty cool and we survived to try some AFL Footy! 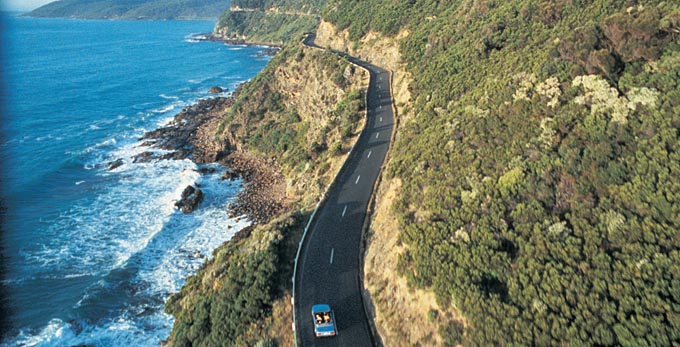 That’s right, we now still have the opportunity to seriously injure ourselves in our quest to bring you all things Australian – including our attempt at Aussie Rules Football, or Footy, as the locals call it. Later today (tomorrow for you), we’ll be introducing ourselves to the this wild AFL game by closely monitoring Apollo Bay Hawks Football Club, the equivalent of a high school team. That will be in preparation for our real test, which we are still working on at this typing.

What inspired us was the headline from a couple/three years back re an Aussie Rules Football Player that broke his neck and was forging a comeback:

Granted, on the surface that doesn’t seem like a great deal of money for a professional athlete to be forgoing, but get this – Ross would only make $49,000 per season with his new deal. That’s less than a Buffalo Bison bullpen catcher. Incentives could have bumped that up another whopping $180,000 but that will be offset by the cost of sedatives Ross would be footying for his mom. Oh, and here’s a quick question: How many star players would take that kind of pay cut in the States? Gosh golly, we can’t even get guys to play with bruised knees, strained calves or balky hips!

We know a certain MLB team out of Queens (ironically, we’re in Victoria) that could use a Ben Ross or three.

Anyway, we also covered Cricket and Rugby – both League and Union – just click on those BOLD LINKS to watch us make fools of ourselves!  Oh, and we did all this despite the time differential and lack of internet access – 2 hours cost us $15, which left us hopping mad, like our new pal in the photo.

Here’s our attempt at Footy:

P.s… Be sure to check out our more Down Under-friendly partners over at RugbyWrapUp.com.