GUN BARREL CITY, TEXAS – Certain unmistakable and unique things come to mind when someone mentions Jersey. The Sopranos. The ballads of urban decay and blue collar woe by Bruce Springsteen. Guys with names like Vinnie and Nino. The Jersey Shore. There’s also the chip-on-the-shoulder complex that comes from being perceived as the backside of New York in the north, and the keester of Philly in the south. Which reminds me:

But now the jokes on you, New York. Because New Jersey is about to foist its basketball team, the Nets, upon you. Thatâ€™s right, the Nets, who just set a new standard for futility in the NBA with a 0-18 start. But it gets better. You, Mr. and Ms. New York taxpayer, get to pay for the privilege of taking on these schmoes.

The Nets are scheduled to move to Brooklyn in 2011 to the new $950 million Barclays Center. The proposed center, another in a long line of public heists perpetrated by pro sports on the taxpayers of various localities, is making heavy use of both taxpayer funding and eminent domain to complete the project. Brooklyn will get is first professional sports franchise since the Dodgers vacated back in 1958. 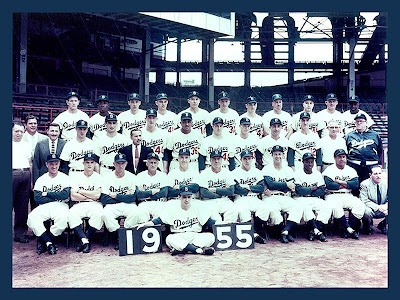 Playing in the stench of the Meadowlands swamp, the Nets never really caught on with the citizenry of Joisey. And now that they are redefining the word suck, their fan base is leaving them quicker than fleas off a wet dog. Given the venue change, however, perhaps it is time for the team to change their name to reflect their new home – like the Knicks, who honor the skinflint Dutch that stole the town from the natives for mere sheckles. Here are a few suggestions:

The Brooklyn Ruskiâ€™s. Honoring their new owner, Russian businessman Mikhail Prokhorov, and the pirogi vendors and borscht shops of Brighton Beach and Sheepshead Bay, the team mascot could be a scowling old man with a wide forehead and bushy eyebrows, who repeatedly chants â€œget those kids off my lawnâ€ to fire up the crowd. Crowd control will be strictly enforced, however. Ethnic food courts will serve various forms of cabbage and vodka. And you’ll like it. Or else.

The Brooklyn Yidâ€™s. Acknowledging the huge Hasidic community in the area and with a team mascot of Levi the Jeweler, team promotions will include: Family Night, Extended Family Night, Bring The Whole Temple Weâ€™re All Related Night and Same Last Name Night Tickets, schmickits – we’ve got a special season seat holder bracelet for you, made out of 14K gold. Check out the quality. Such a deal

The Crookland Thugs. With a gangsta rap theme song, the Thugs will play a tenacious defense featuring plenty of steals. The Thug CafÃ© will feature OE 800 with special team collector’s item brown paper bag wrap, and a built in fan stoop terrace to watch all the action from – as you chill with you homies. Thug Activity Park is fun for the whole family, with turnstile jumping and Beat The Rap interactive games.

The Kings County Shysters. In honor of the famous Court Street Lawyers that the borough is known for, th Ambulance Chase at halftime will feature 3 lucky contestants who use golf carts to chase down mascot Mr. Plaintiff in a wheelchair, vying for the Free Lawsuit Against Their Landlord; or neighbor, spouse, employer, the guy who happens to have the seat next to them or anyone else in a 3-mile radius. Free DWI Get Out Of Jail Cards will be given away on Thursday nights.

With a new name, I’m sure the fans of Brooklyn will be all fired up and flock to the new arena to enjoy the fruits of their hard-earned tax proceeds. Now, if they can just learn to play basketball! Who knows? If they’re really lucky, maybe they can get some palooka like Mark Cuban to come up and help turn them around in a few years. Hey, it worked with the Mavs.

NOW FOR MY COLLEGE FOOTBALL PICKS:
Army versus Navy in Philadelphia this weekend – Navy favored by 13 1/2… Here’s to my cousin Jay and his unit in Iraq, rooting for the big Green but sorry, Capt. Jay, Navy wins by 10. Yar, swabbie, go squids go.