YESTERYEAR, USA: It was October of 1999 and the Yankees were coming back to Yankee Stadium for game 3 of the Fall Classic with a 2-0 lead. At this point in time my friends and I all worked at the Stadium doing various and sundry things related to food service. I was a vendor there from 1996 until 2006. My friends and I got to work early on the day before game 3 to set up and get ready for the game. After we were finished setting up and before the game started, there was plenty of time to kill so my friends and I decided to go grab a slice of pizza up the street. We sat down at a table with our pizza. There were a few hours until game time so the place wasnâ€™t very crowded. A man sat down at the table next to us with his slice of pizza and can of soda. We recognized this man immediately. It was Mr. Baseball Tonight, Karl Ravech (not to be confused with Mr. Baseball, Tom Selleck). 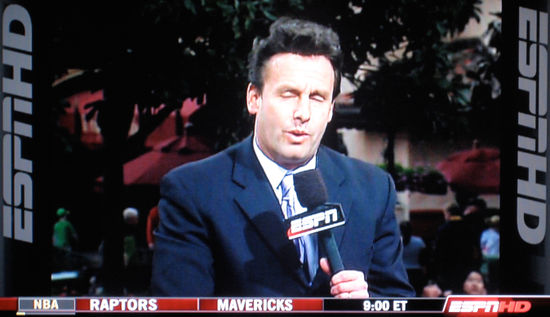 We exchanged pleasantries with Mr. Ravech and he acknowledged us and thanked us for watching Baseball Tonight. He was clearly just being nice, not wanting to offend us, but not really wanting to talk to us either. We werenâ€™t letting him off that easily. My friend Dennis asked Karl,

â€œWhat do you think of Pete Rose?â€

If you recall, there was a lot of hoopla about Pete Rose in 1999. Rose was voted to the baseball All Century Team, and at that point had a somewhat favorable public opinion. He was the only person voted onto the team that was neither an active player, nor a Hall of Famer. There was a big ceremony before Game 2 for the All Century Team. Even Ted Williams, only partially frozen at this point, made it to the ceremony. Jim Grey had given Rose a lot of guff in an interview and Grey had received a good deal of flak for spoiling the party. It was quite the spectacle and everyone seemed to be talking about Pete Rose.The question had put Karl Ravech in a tough spot. Here he was in the heart of the Bronx, blindsided by a question that had divided baseball for a decade, surrounded by a bunch of teenagers that surely had an opinion one way or another. Ravech did the only thing he could to avoid a potential argument. The Reversal. â€œWell, what do you guys think?â€ Dennis answered for the group,
â€œHe should definitely be in the Hall of Fame. He is one of the best hitters that ever played.”
Ravech, not surprisingly concurred:

â€œI agree, he should be in the Hall of Fame.â€

He then left it, finished his pizza and left.
To this day I still donâ€™t know whether Ravech really believed Pete Rose should be in the Hall of Fame despite the gambling and shady dealings, or if he was just trying to avoid an argument with a bunch of kids in the South Bronx.

The Yankees went on to win the series in four games and twelve months later,my friends and I found ourselves working the World Series in Yankee Stadium again. Before Game 1, we were killing time (there was always plenty of time to kill working at Yankee Stadium) sitting in the outfield seats near where Baseball Tonight had set up shop to do their show. Our buddy Karl Ravech and his toupee were there, looking over some notes. The spokesman for the group, Dennis, yelled out to Ravech,

â€œHey Karl…â€ (we were on a first-name basis by this point), â€œDo you remember us from last year?â€

Karl looked at us and took a moment to respond.

â€œYeah, I remember you guys. The pizza shop. We talked about Pete Rose. That was the day Payne Stewart died.â€

Stewart had actually died the day before our meeting, but my friends and I were impressed that Ravech had remembered us. Happy with Karlâ€™s response, we were going to let him get back to writing notes about how the Yanks were going to win the World Series for the third year in a row. A few seconds had passed, and Ravech was returning to his notes when my friend, the intentionally awkward yet usually hilarious Pete shouted out,

Karl looked up from his notes. All of us except for Pete were hiding our faces, trying not to break out into hysterical laughter. Pete still had a straight face.

Came the reply from Mr. Radish. At this point, my friends and I are cracking up. Pete, still with a straight face, ends matters with:

Ravech and his T.J. Hooker Hairpiece returned to work. I donâ€™t think we stopped laughing for an hour. After that, the Yankees won the World Series… Again.