FRED WILPON DODGER STADIUM, NY – We take potshots at the New York Yankees, in some way shape or form, just about every day here in Mattville. 9 of 10 times [or the number of K’s David Wright has in his last 10 ABs with Carlos Beltran in scoring position with less than two outs] they are warranted, even if they are borne of jealousy and envy. As for today’s topic, the Yankees are, as our crack research staff tells us, are the only team in baseball to have an Old-Timer’s Day! Can that be? If so, how can that be?

How is it that Red Sox, Dodgers, Giants and Cubs – teams steeped in history – don’t do this? Sandy Koufax, Willie Mays, Ernie Banks, Carl Yaztremski – they’d all show up. But the same could be said for Wisconsin Walt’s Brewers. You can’t tell us that Rollie Fingers and Robin Yount wouldn’t jump at the chance to play with Moose Haas, Gorman Thomas, Paul Molitor, Cecil Cooper and Pete Vuckovich? Heck, Brewers could even host jgclancy’s Oakland A’s so Fingers and Sal Bando could play for both squads.

Up in Boston it seems downright blasphemous not to have an Old-Timer’s game. Yaz, Jim Rice, Dewey Evans, The Frozen Ted Williams, Luis Tiant, George “Boomer” Scott, Carlton Fisk, Dennis “Oil Can” Boyd – Fenway Park is screaming for them. 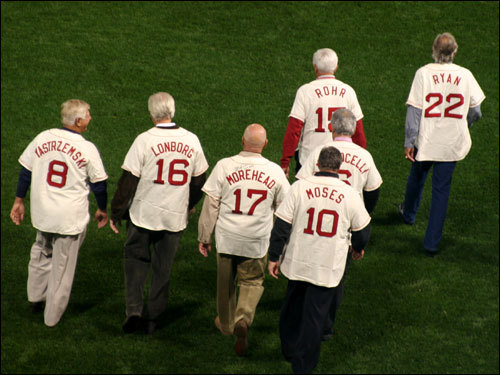 Is about the money? Do teams not have this event because they don’t want to fly these guys in and put them up? If that’s the case, how about reaching out to sponsors. Just For Men, AARP, The Bosley Group – VIAGRA… Seems to us that these companies would jump at the chance to market these beloved American treasures.

Here in NYC, we could make the Old-Timer’s Game part of the Subway Series. David “Kong” Kingman could stride to the plate, call time out and and while holding his right hand up to the umpire, swipe the dirt in the batter’s box – first with the right foot going forward and then the left going backward – before readying his mighty swing for a Goose Gossage offering. We would pay to see that kind of matchup EVERY TIME.

Understandably, the Yankees probably should keep their day as is. They are the ones that have gotten right, after all. That said, we’d be just as happy watching Greg “The Bull” Luzinski hit against George Thomas Seaver? How about Steve Carlton staring down Keith Hernandez? 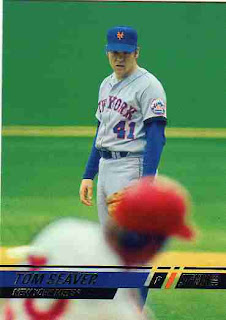 The point is that for all the nonsense forced upon us – new stadiums, ridiculously high ticket prices, $10 beers – a fun-filled Old-Timer’s Day would take every single fan to a place in their hearts and minds that they long for; the place and time where and when they fell in love with the game. Is that too much to ask?