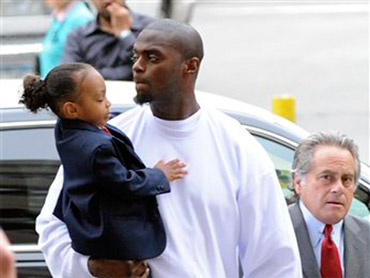 RIKER’S ISLAND, NY – Perhaps, if Plaxico Burress simply had a taller lawyer. After all, court stature means something, doesn’t it? Anyway, a severe case of the flu, hopefully not swine, has altered our thinking in a way only Dr. Timothy Leary or Hunter S. Thomspon could understand;

We think Plaxico got a raw deal.

Should Burress have gotten off scot-free? No. However, going to Riker’s Island for 2 years, with a minimum of 20 months for good behavior, is just wrong. Dare we say that it’s criminal? Not so much (we’re notorious fence-riders) but what the Let’s Make An Example For Example’s Sake is going on here?

Note the following excerpt from the above clip:

“I think it would be an outrage if we didn’t prosecute to the fullest extent of the law, particularly people who live in the public domain, make their living because of their visibility. They are the role models for our kids.” -Mayor Michael Bloomberg

Jeepers! Does that mean that The Matts would do more time for streaking at CitiField than Yankee Joe would at The House That Greed Built? It sure seems that way. To be fair to Mayor Bloomberg, though, let’s check out another Crime And Punishment situation with a high-profile athlete: That’s not good enough for you? Okay, let’s compare Crime vs Time outside of the sports world:

After considering all of the above, we can’t help but feel like an Oliver Stone worthy conspiracy has engulfed Plaxico. Morever, we feel that somehow, some way, Bill Belichick is behind Burress’ being behind bars. Think about it. His defensive backs couldn’t keep that golden pair of hands from catching the game-winning pass in the Greatest Super Bowl Ever vs The Undefeated New England Patriots. Now those hands are incapable of giving Bill The Cheater any more grief, at least for 20 months.

Look, Plaxico Burress is guilty of breaking the law and jeopardizing the safety of others. He is also guilty of being a pampered athlete that hasn’t had to deal with much of the reality that Pat Q. Fan (not gender specific) has to deal with on a daily basis. But, he’s 32 with a pregnant wife, a little boy and a sentence that fits like O.J.’s glove. Now, for two years, he’ll be subjected to this kind of activity: 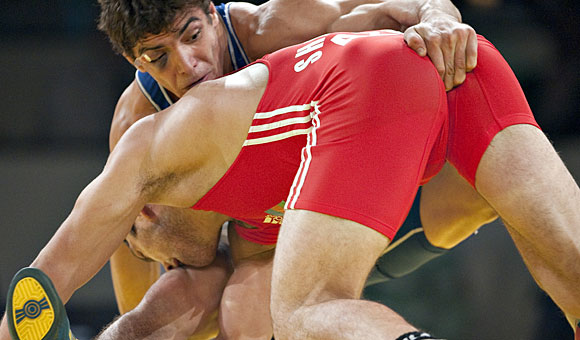 And that’s just the beginning. From what we understand, he can also expect things to be thrust in his face, the magnitude of which he’s never seen before: 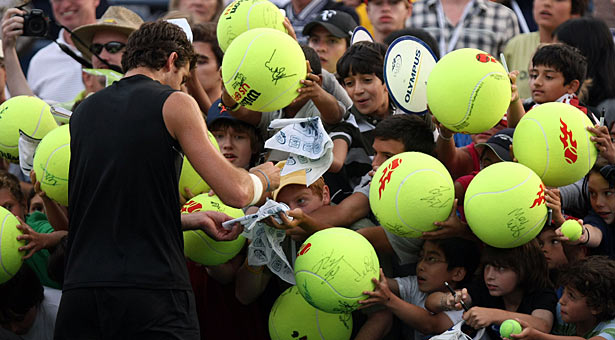 This is all very unsettling. Maybe it’s our flu, maybe it’s the drugs we’re on to combat our malady. Either way, Plaxico Burress should not be at Riker’s Island beginning a two-year hitch – at least not while the Giants or Jets could use him.

That’s all for today, please chime in below, tell people about MTM, get a flu shot and look for Grote’s Gripes tomorrow…