MILWAUKEE, WI – We’re officially into fall. The days are getting shorter as are the opportunities for Phillies fans everywhere to refer to their team as World Bleepin’ Champions. The Yanks have the best record in baseball and will be the only team to finish the season with a TRIPLE DIGIT WIN NUMBER; far in front of the Red Sox, who just recently clinched their wild card – albeit sloppily. The Rockies clinched theirs last night with their fourth straight win.The Cards, Dodgers, Halos and Tigers/Twinkies will round out the post-season party.

Alas, here in Mattville a collective sigh will be let out for local Met fans. Their dreadful season will be over soon and I leave it to them to weigh in on whether this year was worse than last year (or the year prior, for that matter). Or, is it worse still that the sideshow of Omar And The Wilpons will be Rockin’ The Casbah again next year. Perhaps what they really needed, instead of a new stadium, was a big top tent to cover the whole abomination.

Yet, many eyes have turned to the new hope presented by football season. Here in NYC, there is too much hype about these 3-0 teams and I wonder how excited TRUE Vikings fans are getting about Favre. (Angry Ward can tell us – through clinched teeth, I am sure.)

However, aside from missing the excitement of post-season baseball, people choosing to focus only on football will miss out on something big. See, a few weeks ago, Bud Selig called me. Bud said he wanted to rename all the MLB teams. The way he figured it, he’s screwed everything else up, so perhaps changing team names would make people forget his baseball transgressions. He asked for my help, and I agreed. I figured it was the least I could do for a dude who has such horrific teeth. And, I thought it might help me out in scoring some post season tickets. So without further delay, here are your newly named MLB Teams:

New York 27-Time-World-Champion-Yankees: You can’t blame me for feeling good about the Yankee chances here. Sorry fellas. File your complaints about payroll with someone else. There is plenty of big ticket talent who will be cleaning out their lockers in a few days. This is the best chance the Yanks have had in years at the title and I’m looking forward to watching it. Do I have doubts? Sure, but they are minimum. If anyone upsets, it will be a certain team from West Coast Craig’s part of the world.

Boston Baked Beans and Smelly Sox: Baked beans? Tea parties? Curt Schilling’s bloody sock? The funk that emanates off Jason Varitek’s toilet bowl brush of a goatee? Stinky Boston attitudes about players after they leave? (Nomar and Manny, to name the big ones). Please. There’s only one thing that I love about the Sox and that’s that Jacoby Ellsbury. Brian Cashman… that’s what I want for Christmas… thanks.

Tampa Bay Devil Rays: We want the Devil back. Face it, they might not have lost so badly in the World Series if they had that more menacing Devil in their name.

Toronto Labatt’s Blue: The best thing you can get out of Canada is beer. Just ask the Washington Nationals. (And The Matts love Labatts’s).

Baltimore Crabs n’ Ripken: Baltimore is a pit-stop in between Philly and D.C. What does that tell you? Let’s just name this team after the two things it’s best known for… because it ain’t baseball.

Detroit Tigers and Lions: In a stunning move, Bud Selig and Roger Goodell have mutually agreed to combine the Detriot Tigers and Detroit Lions. After their first win in nineteen games, the Lions were a bit bummed, yet excited at the prospect of possibly making this an Oz-worthy trifecta team since talks are also in progress with the Chicago Bears. Oh my!!!

Chicago Obamas: Desperate and upset about having to bend on this whole health care thing, President Obama made the case to Selig to rename his favorite team after him. Now, if he could only deliver a better pitch to home plate.

Cleveland American Indians: Sadly, the times of over politically correctness have caught up with this team. If the St. John’s Redmen had to change up to be the Red Storm, it’s a miracle that the Indians and their Chief Wahoo have survived this long. 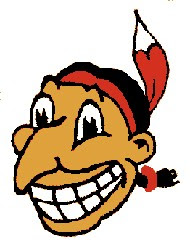 Kansas City Royally Screweds: It really can’t get much better for this team…not with a $70 million payroll.

Los Angeles Angels: Enough with calling them the Los Angeles Angels of Anaheim. We don’t refer to any other team as being “of” their city. Aside from that, L.A. really isn’t deserving of two teams, especially not calling one The Dodgers.

Texas Holy Rolling Rangers: This team could only be more out bible-thumped by the Rockies.

Seattle Starbucks: It’s only a matter of time before this city’s team is bought out and renamed.

Oakland Not-So-Athletics: Sorry Clancy. With both Giambis in your history and their performance, the name must be so until they clean up their act.

Florida Moxy Mylanta Marlins: To reflect the early-bird and blue hair Palm Beach set, the term moxy needed to be incorporated as well as Mylanta. (The Mylanta will be a daily give away at all Moxy Mylanta Marlin home games in an effort to draw higher attendance.)

New York Bobby Valentines: After missing the boat on Cliff Lee, Omar And The Wilpons asked that we rename the team the Bobby Valentines in an effort to woo Bobby V. down from the ESPN Bristol, CT compound.

Washington National Monuments: Do they move on the field? Or are they doing their best Lincoln on the throne pose? Let’s call a monument a monument. This team is certainly no national treasure. Hey.. did we get any Canadian beer in this trade?

St. Louis Puljos: There is nothing in this city – nothing. The arch is a non-event and I am pretty sure the highway that was named after Mark McGuire back in the ’90’s no longer bears his name. That said, I dare you to find anyone in St. Louis who doesn’t know Puljos. He’s the city’s favorite son… that is until he becomes a Yankee in a few years.

Cincinnatti Red Stockings: For them, the oldie is a goodie. We really can’t call them The Big Red Machine these days because it’s running like a clunker. In these days of mirdles and mantyhose, a team called the Red Stockings seems appropriate.

Houston Astros: I told Bud that if we could get the old Astro uniform back and have them play at the old Astrodome, they needed to keep the name. He’s working on it. 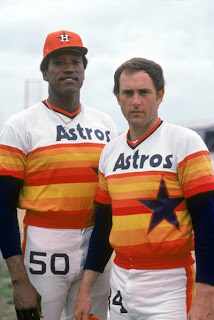 Pittsburgh Steelers: We’re in a recession. Both the NFL Steelers and the (former) MLB Pirates both wear the same colors. Selig and Goodell conferred on this one, and not only will both teams be named the Steelers, but the NFL Steelers will immediately start playing their games without padding or helmets. (Ben Rothlesberger already has a head start here.)

Los Angeles Manny Dodgers: Fake Dodgers would be too easy and like most new love affairs, the fans are already pretty hot and heavy on Manny. If the Dodgers go all the way, I’m pretty sure they’ll rename Dodger Stadium Casa De Manny. We’re pretty certain that’s the only shot of seeing a bacon wrapped hot dog at an L.A. sports venue, so it’s worth the shot.

Colorado Rocky Mountain High On God: A few years back it came to light that from management down, the Rockies were trying to institute a Christian code of conduct. This meant no girlie magazines in players lockers. No Playboy, Maxim or the like. (I am pretty sure anything along the lines of Penthouse or Hustler would have had the organization fearing spontaneous combustion). Who knows what’s going on there now In God’s Country (see below) but I’m guessing it’s much the same. That said, Selig had a question about the days-of-the-week underwear Rockies players are forced to wear. What happens on Sunday? There is never a Sunday in the pack. Is Sunday the day of rest for both God and your undercarriage?!?

San Francisco Giant Heads: Big heads on this team. Too bad they did nothing. Barry Zito, Edgar Renteria, The Big Unit – big heads. Bobble heads will be handed out all year long, compliments of Barry Bonds.

San Diego Padres “May I Have Another Ambiens?”: I’ve been to one of their games. If you ever need something to make you sleep… it’s this team. Selig is thinking about putting some FDA disclaimers on the tickets.

Arizona “It’s Hot Up In Here, Please Close the Roof” Diamondbacks: Bud was pretty concerned that people weren’t aware that Arizona’s team has a pretty cool stadium with a retractable roof. In fact, the roof opens and closes to its own music, which was composed to time-out exactly at the 4.5 minutes needed to move it. After this rename, the team is also looking for another 4.5 minute song to accompany the opening/closing of the roof. Please make your submissions immediately.

That’s it for today…