ATLANTA, GA – Its been another sin-interesting week in sports, folks. The Yankees whole left infield (and season) now in serious doubt, a sudden rise in the Grapefruit league for my beloved Braves, and a former teen tennis sensation gone pot-head stalker in a gym tirade. Heck of a week.

With MLB now formally suing the “sports PED cocktail bar” of the south, Biogenesis Clinic in south Florida, Alexander Rodriguez’s hopes of escaping suspension due to his “association” with said “nutritional supplement” firm seem to have dropped precipitously much like the Yanks standings in the pre-season Grapefruit league. The Player’s union no doubt will appeal any decision by MLB black-hooded executioners but nonetheless it does not look “muy bueno.”

Couple that with fellow hard-partier Derek Jeter’s ankle issues, and the Yankees really need to chip in to convince Larry “Chipper” Jones to come over to the dark side of sports. One week left Cashman…close the deal.

March Madness must be spreading feverishly. Here’s evidence of the epidemic:
A) Not only did Florida Gulf Coast beat Georgetown, but their goofy coach, Andy Enfield, landed a Super Model, Amanda Marcum (photo up top).
B) Harvard beat New Mexico (68-62) in Salt Lake to make it to the second round against Arizona (those future Supreme Court Justices and Hedge Fund managers will surely to be trounced by Cam James’ Arizona pick).
C) Need  more proof? Famed (or rather infamous) Women’s former pro tennis star Jennifer Capriati is up for battery and stalking charges. Jen’s had a few run-ins already ranging from shop-lifting to marijuana possession so this now steps up her A-game to new levels of erratic behavior. Seriously though, what’s the big deal with a chick screaming at a guy and punching him in the chest in a gym?? That happens to me all the time when I try to join a yoga class (purely to increase my flexibility), and anyway, most guys would pay for that! I say let the girl off the hook and fine that pansy of an ex-boyfriend for being such a wuss. Man’up, bro!

On another more pleasant sounding note (to said Author), the Atlanta Braves are at the top of National League teams and #2 in their Grapefruit league at 16-11. The Tomahawk’s chopping away and its not evening opening day yet! Just goes to show that with the Favor of the Almighty, comes a host of new fans and supporters even from a galaxy far, far away. 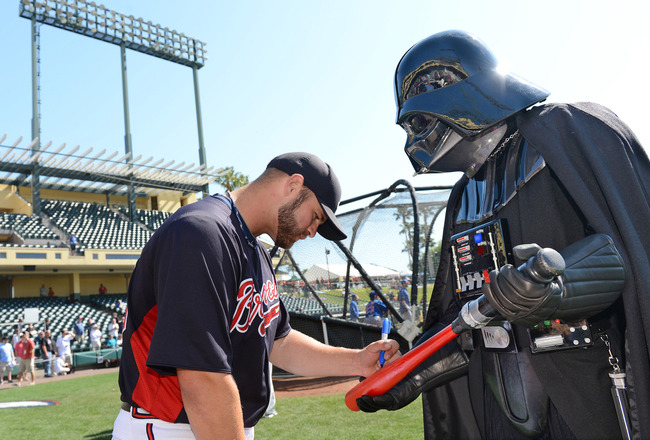 Thats all for Preacher’s Row today. Comment below and tune in for Cheesy Bruin, tomorrow.