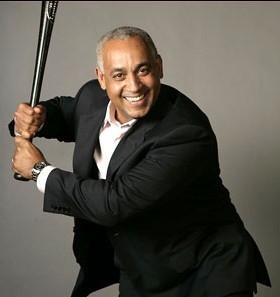 A man is heard talking on the phone behind a closed office door. The name on the door reads O. MINAYA The door opens and we see Omar Minaya with a pained look on his face as he listens to the screaming voice coming through the phone. The screaming stops.

OMAR: Look, I just think Jason Bay is past his peak here in New York. He needs a change of sceneryâ€¦ I think this is the best thing for the organization… But… But I… Yes I know he hasnâ€™t played a game for us yet, but Ken Griffey Jr has over 600 home runs. I think it would be a good fitâ€¦ Yesâ€¦ Yes I know he is forty years-oldâ€¦ Yes I know he has been hurt for the better part of the last decadeâ€¦ FINE Iâ€™ll turn down the Marinersâ€™ offer. Iâ€™ll talk to you tomorrowâ€¦ Goodnight, Mr. Valentine.

Minaya hangs up the phone and mumbles to himself.
OMAR: What does HE know? This ainâ€™t Japan.

Suddenly A MAN appears in the room. Startled, Minaya jumped from his chair and bellows,
OMAR: (screaming) Whoâ€™s there?!

STEVE: Relax, its me, Steve
OMAR: Steve Phillips? Whatâ€¦ Howâ€¦ Are you a ghost? Are you dead?

STEVE: Just my Career. No, Iâ€™m still alive, you idiot. I saw you at Duane Reade. Iâ€™m here to tell you to change your ways. I donâ€™t want you to end up like me. It all starts with a questionable trade here and a bad signing there, and the next thing you know, youâ€™re Being fired for banging mediocre looking interns.

OMAR: I thought you were a great GM. Iâ€™ve modeled my career after you.

STEVE: Why on earth would you do something like that? Look where it got me. I gotta run, but I wanted to tell you that You are going to be visited by Three Ozzies tonight and-â€œ

STEVE: Did I say ghosts?

OMAR: No, you said Ozzies.

STEVE: (shakes his head) Sometimes you donâ€™t make any sense. Listen to The Ozzies and change your ways. Donâ€™t end up like me. Expect the first Ozzie around 1 oâ€™clock.

With that, Steve Phillips disappears.

Omar goes back to work trying to find new ways to ruin the Mets and soon forgets all about Steve Phillips. As the Donald Duck Clock on the wall tolls 1AM, Minaya hears what sounds like a horse galloping down the hall. He gets up to investigate and sees a man cartwheeling down the hall. The man then does a back-flip and lands right in front of Minaya. Minaya recognizes him.

OZZIE SMITH: Yep. Iâ€™m The Ozzie of Baseball Past.
OMAR: (bemused) The wha-?â€œ

OZZIE SMITH: Its not important. Listen, I want to show you some events from your past and show you how things used to be for you. Ozzie grabs the remote for the telly and changes the channel. Images of a Young Omar Minaya on a scouting mission in the Dominican Republic flash across the screen.

OMAR: Wow, I remember that trip.

An image of a young (and dark-skinned) Sammy Sosa hitting the cover off of the ball appears.
OMAR: I convinced the Rangers to go get him after this trip.

OZZIE SMITH: See, youâ€™ve done some good things before. You were a great scout and you did as well as anyone could as the GM of the Expos. What the hell happened to you? I guess thatâ€™s a question for The Ozzie of Baseball Present. My time here is up.

Smith, however, is too fast and gone in a blink with one final back-flip. A befuddled Omar has no time to think as a vile spewing of expletives, so vile they’d make Eric Cartman cringe, has him turn on an Ike Eisenhower dime.

Due to extensive use of â€œcolorfulâ€ language this section has almost entirely been deleted.

OMAR: (almost in tears) Wow, I didnâ€™t realize that it had gotten so bad. But what will become of David Wright? Tell me he will be ok.

OZZIE GUILLEN: Man that ainâ€™t no bullsh-t that I would know. You gotta ask the next Mickeyf–king Ozzie. Iâ€™m out of here.

And with that Ozzie Guillen left and disappears down the hall behind a haze of swear words. A distraught Minaya paces in his office. He is anxious for the last Ozzie to show up. Suddenly he hears a voice.

VOICE: Hey can you help me out and stick this needle in my ass?â€

OZZIE CANSECO: (cutting Omar off) Look, Iâ€™m here to tell you that if you keep doing what youâ€™re doing, things will only get worse for you and the Mets. If things continue on their current path youâ€™ll get fired by the Mets, who will lose 128 games in 2013. Youâ€™ll be the first person eliminated on both Martha Stewart Celebrity Apprentice and Biggest Loser. Youâ€™ll become embroiled in a sex scandal with Jose Reyes and youâ€™ll be stuck doing interviews for MeetTheMatts.

OZZIE CANSECO:Meet the â€“ oh donâ€™t worry about it. Just change your ways. (Canseco tries sticking the needle in his ass himself).

OMAR: But what will become of David Wright in 2013?

OZZIE CANSECO: No, heâ€™ll be in St. Louis, you idiot.

With that, Canseco leaves, needle sticking from his butt. Omar is left to ponder the events of the evening. After a few minutes of quiet contemplation, Minaya slams his hand on his desk and nods knowingly.

OMAR: I think I will make that trade for Griffey after all. 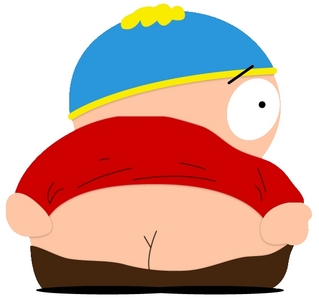