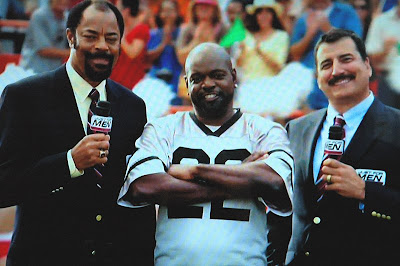 FED UP, NY – The following is from our long-lost, yet ever-popular MTM family member, Yankees Suck. YS is trapped in an Orwellian at-work-vortex in which internet access to MeetTheMatts.com is forbidden. That doesn’t mean he’s forgotten or forsaken us or you. Instead, he emails at times after work when he’s home, opining and/or commiserating. Sometimes he just vents. This week, however, he reached his boiling point and the following letter is a result of his inner Icelandic volcano erupting:

Dearest Matts,
I am writing to inform you that I will be boycotting the New York Metropolitan Baseball Club until they fire both [Omar] Minaya AND [Jerry] Manuel. I would like to extend this boycott until the Wilpons sell the Mets but I know that will never happen because nothing good ever happens to this damn team. Instead, I will occupy the 2010 baseball season by playing MLB 2K8 on PS3 every day there is a Met game. The significance of 2K8 is twofold:

1. It is the last game to feature Shea Stadium, the only true Mets ballpark.

2. 2008 was the year the Mets should have exorcised their demons from the previous year and this game will allow me to go back in time and right this grievous wrong.

“Well Yankees Suck, not only were Minaya and Manuel both key figures in 2008, but [Willie] Randolph was managing the team as well, and all of these horrible things will be represented in game, thereby flying in the face of your stated boycott.”

And you would be right.

But you are forgetting that I, for all intents and purposes, assume the roles and even with my shoddy, rudimentary knowledge of baseball strategy, I could probably get better results than those men. I also have more fighting spirit than all of the 2008 Mets combined, multiplied by the number of empty seats at CitiField. The lack of a bullpen also won’t be a problem as I can force trades for any players I want, and also create players. Who needs Scott Schoenweis coming out of the pen when I can create an avatar for Angry Ward who throws nothing but fire and craps lightning. Another benefit is the possibility of creating video game versions of YJ [Yankee Joe] and the PP [Philly Phanatic] to constantly bean, in addition to the limitless number of fastballs I can toss at Shane Victorino’s neck. The only thing missing is a first-person shooter mode that would allow me have Ryan Church shoot up the front office before turning the gun on himself.

Let’s also not forget that this will spare me Chris Carlin’s lard-addled visage, or having to watch the same Just for Men and Geico commercials ad nausem. You may think me delusional for wishing to substitute virtual reality for actual reality, but when actual reality is this awful can you really blame me?

Yours in Angst,
Yankees Suck